Share Finding a Career You Love at Gentex via Email 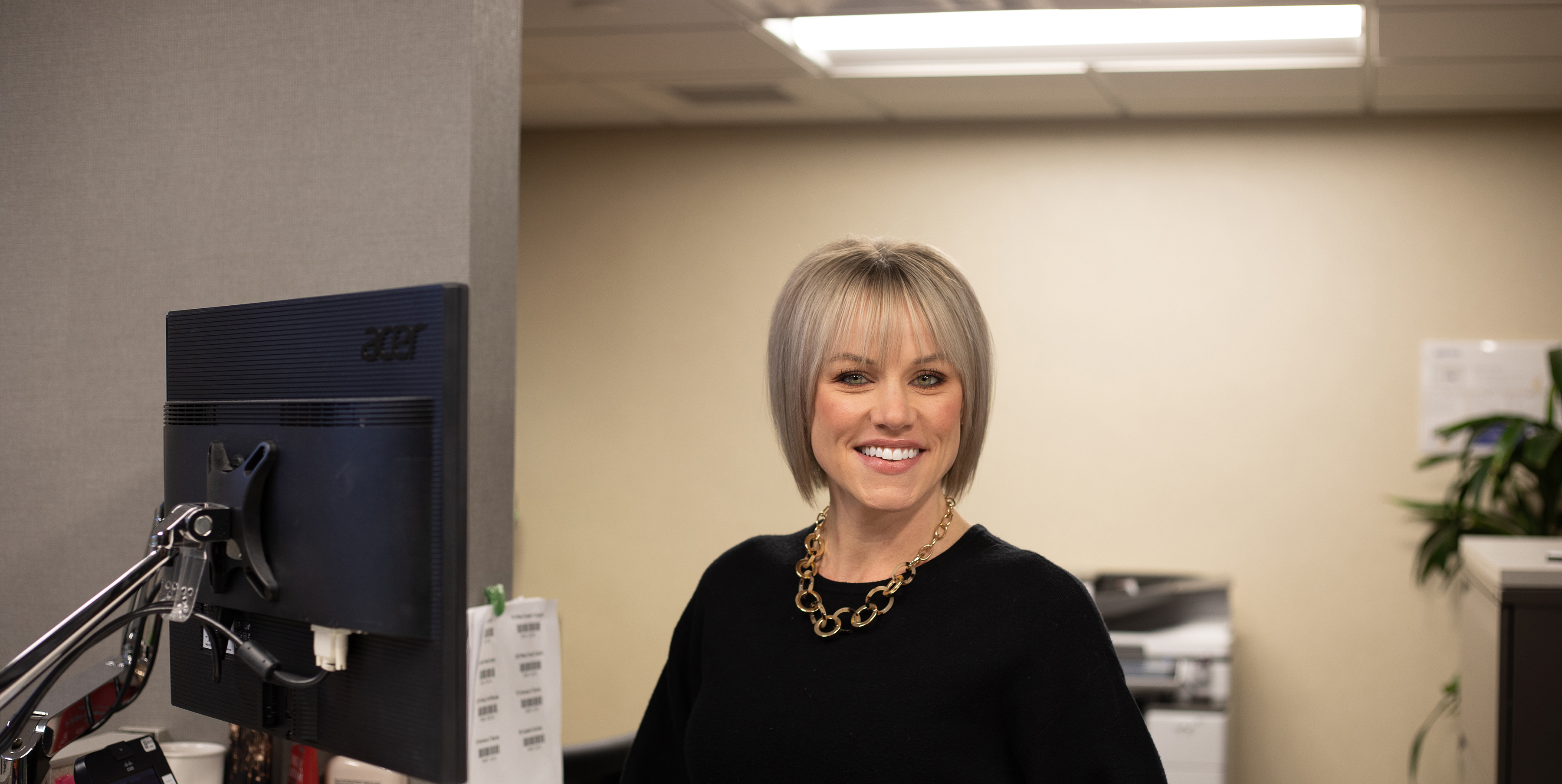 Finding a Career You Love at Gentex

Katie Roche has never been afraid to work hard and learn on the job.

During more than five years at Gentex, she’s tried on many roles that have led to her position as an HR Coordinator. But sometimes, it takes an ill-fitting career path to start exploring the right one. Before working at Gentex, Roche learned this firsthand.

She started a job in banking right after high school, and thought her career would take off from there. As she learned about the business of banking, however, it didn’t seem like the right fit.

“I thoroughly enjoyed the compliance, administrative and customer service aspects of the role. However, the position was very sales oriented, and that was a skill I was not passionate about,” she said.

After twelve years in the industry, Roche decided to make a change, but didn’t know where to start. Her friends and family nudged her towards Gentex as an option.

“They always expressed how much they enjoyed working for the company, and how great the benefits are,” she said. “In addition to that positive influence, the nerd in me was extremely fascinated by Gentex’s involvement in developing and manufacturing such cool and innovative technology. I really wanted to be a part of that.”

A job application and an interview later, Roche was an electronics assembly production team member on second shift. It took a little while to get acclimated to the new work. “I was absolutely terrified!” she said. “I was anxious about working a shift other than first, and I was guilty of buying into the stereotype of how ‘hard’ production work is.”

However, the stereotypes quickly fell away. She realized her apprehensions couldn’t have been further from the truth.

“The facility was spotlessly clean, and I had a TWI trainer who spent quality time educating me on the processes, answering my questions, and ensuring I would not fail. I thoroughly enjoyed my time in Electronic Assembly and everything I learned about the ‘brains’ of our products,” she said.

"I had no idea what it was that I wanted to do, but I heard so many success stories of people building amazing careers at Gentex that I had a good feeling the leap of faith would be worth it."

After 14 months as a production team member, Roche was offered a Team Member Support (TMS) position.  At the same time, an internship opened up in HR to assist the Recruiting team which Roche was also interested in. Roche felt optimistic about where the internship could lead, so she applied. After completing it, she was offered an HR Assistant position, which led to her current HR Coordinator role.

Each day provides Roche with opportunities to support Gentex employees on topics ranging from general questions on benefits and 401(k)s, to finding subject matter experts that can support people with specialized questions. The role gives her an opportunity to utilize her problem-solving skills and to constantly keep learning, in more ways than one: she’s currently pursuing her associate degree in business administration with help from the Gentex tuition reimbursement program.

For Roche, the learning opportunities combined with the people-centered work make her feel that—after years of exploring—she’s finally found a job that fits her well.

“I had no idea what it was that I wanted to do, but I heard so many success stories of people building amazing careers at Gentex that I had a good feeling the leap of faith would be worth it,” she said.

“I truly wish I would have made the move sooner!”

If you're interested in exploring career opportunities at Gentex like Katie Roche did, check out our current job openings here.