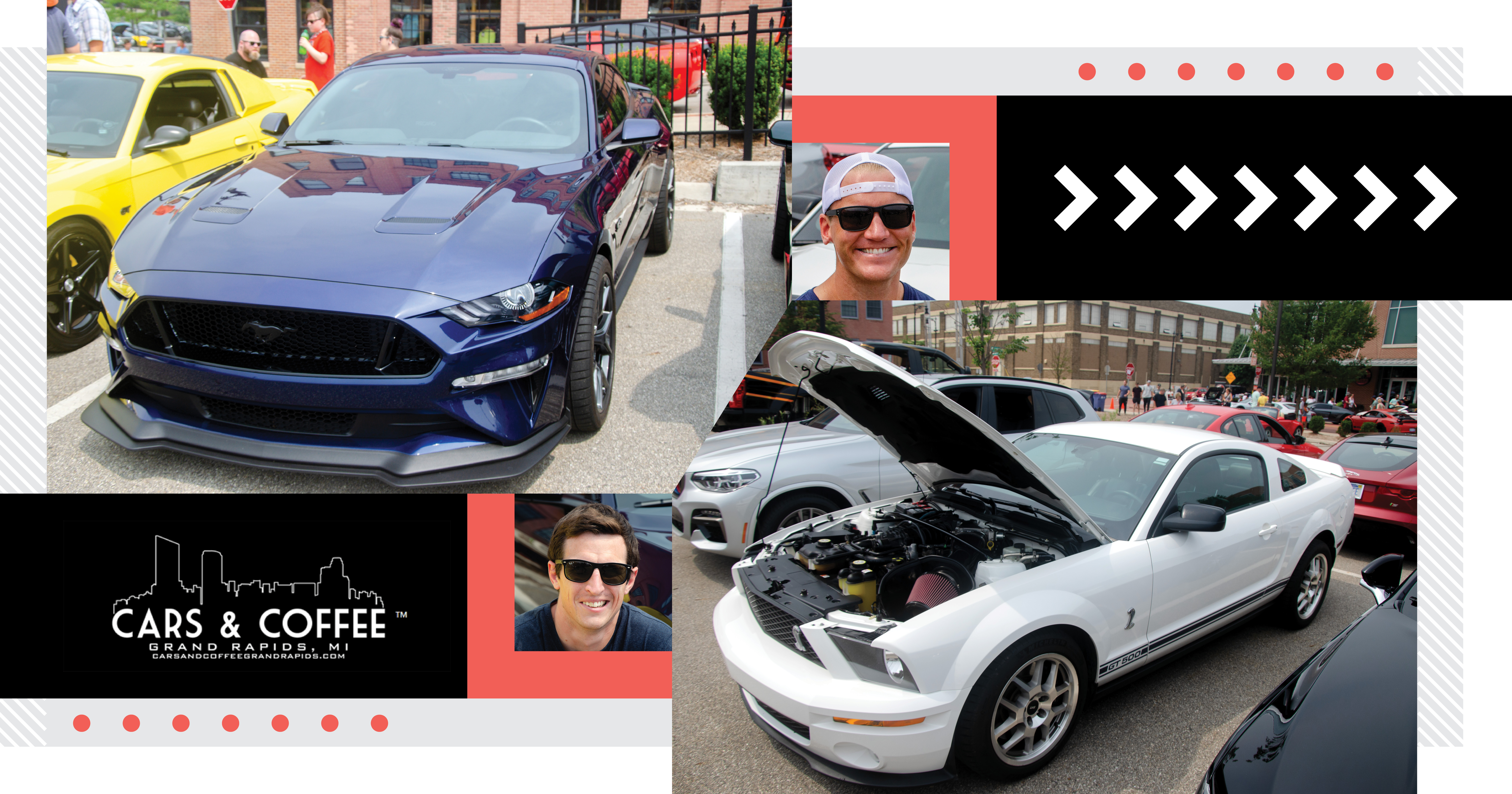 Gentex Employees Show Off Their Mustangs at Cars & Coffee Events

Have you heard about Cars and Coffee? Not only is Gentex a title sponsor of the exotic car event, but we also have car enthusiasts of our own involved in it.

Both Harley Steel and Jordan Visser were introduced to the automotive world by their dads and continued to pursue cars as their passion as they got older. They have also used their experience working on cars to help them with their roles at Gentex.

“Engineering principles are used in both my role here at Gentex and while making car modifications, like troubleshooting and thinking through the most effective way to get things done,” said Visser.

Steel has also found hands-on experience with cars to benefit him in his role. “Although my title says Software, the Vision Group works with a lot of hardware. Wrenching on cars makes you handy with tools,” he explained.

Both decided to give the event a try for the first time a few years ago and have been going ever since. The first year Visser entered his corvette in the show, now he brings his 2007 Ford Shelby GT 500, a special edition mustang with a supercharged engine putting out 640 horsepower.

Steel also shows off a mustang. His 2019 Ford Mustang GT has the Performance Pack 2 option, meaning it has handling to go with the power. It can even fit a car seat in the tiny back seats!

Attending Cars and Coffee gives participants exposure to different vehicles they wouldn’t normally see and can serve as inspiration.

“A little kid might see a car with doors that go up and it might inspire them to pursue cars in their future because they just saw something they’ve never seen and now that passion is sparked,” Visser said.

As an automotive supplier, it makes sense you would find people who have a passion for cars at Gentex.

“I happen to have a number of guys in my group who share a passion for cars, Harley being one of them,” Visser said. “It’s always nice to have common topics of interest, I like to remind Harley that my mustang goes faster than his.”

While Visser’s thoughts on the speed of his mustang might be up for debate, one thing both men agree on is the Cars and Coffee event is a great way to meet other people in the area who enjoy and appreciate cars.