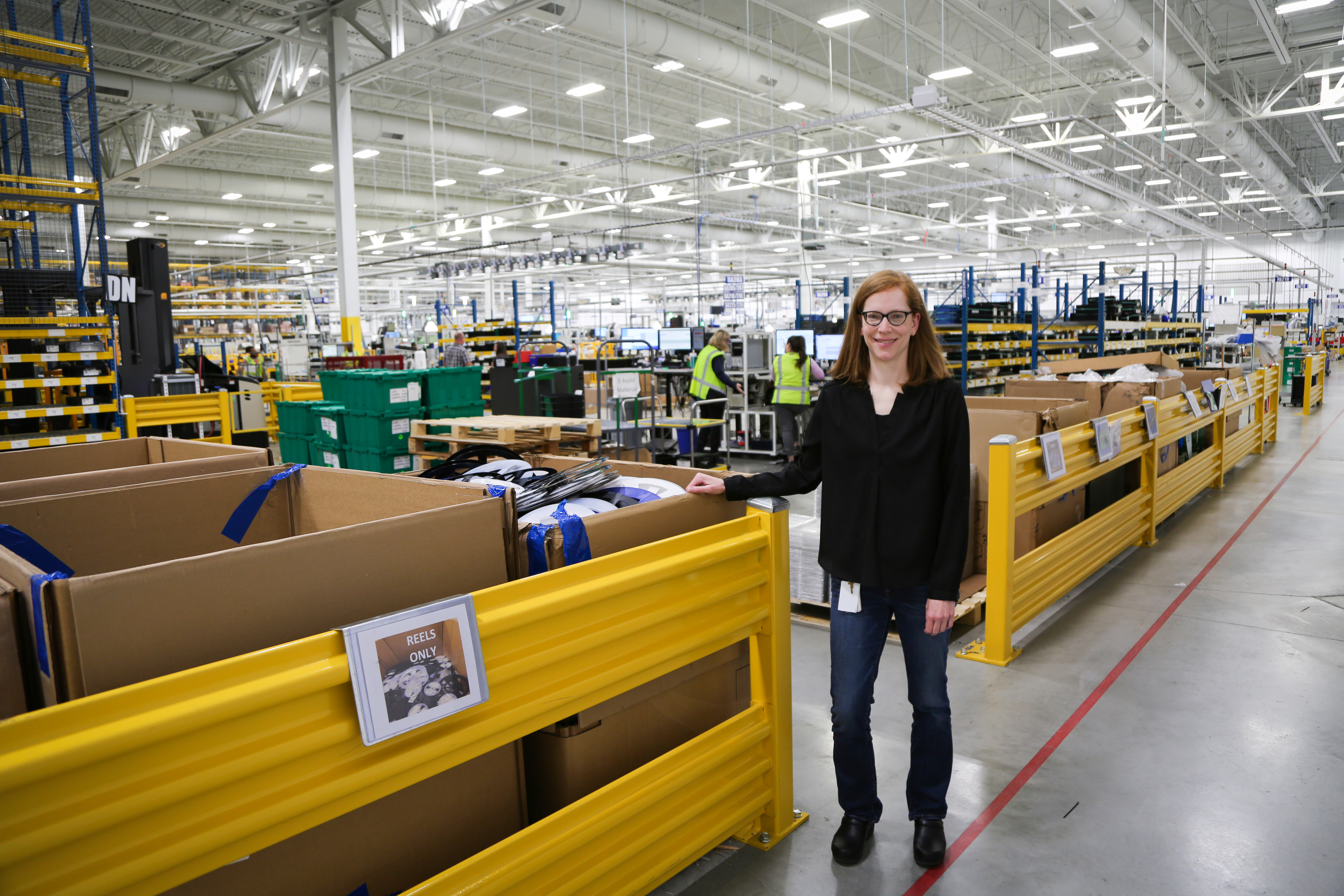 After 16 years of working at Gentex, Emily Haslinger is updating her routine to align with her evolving role of sustainability manager –and she’s very much OK with it. 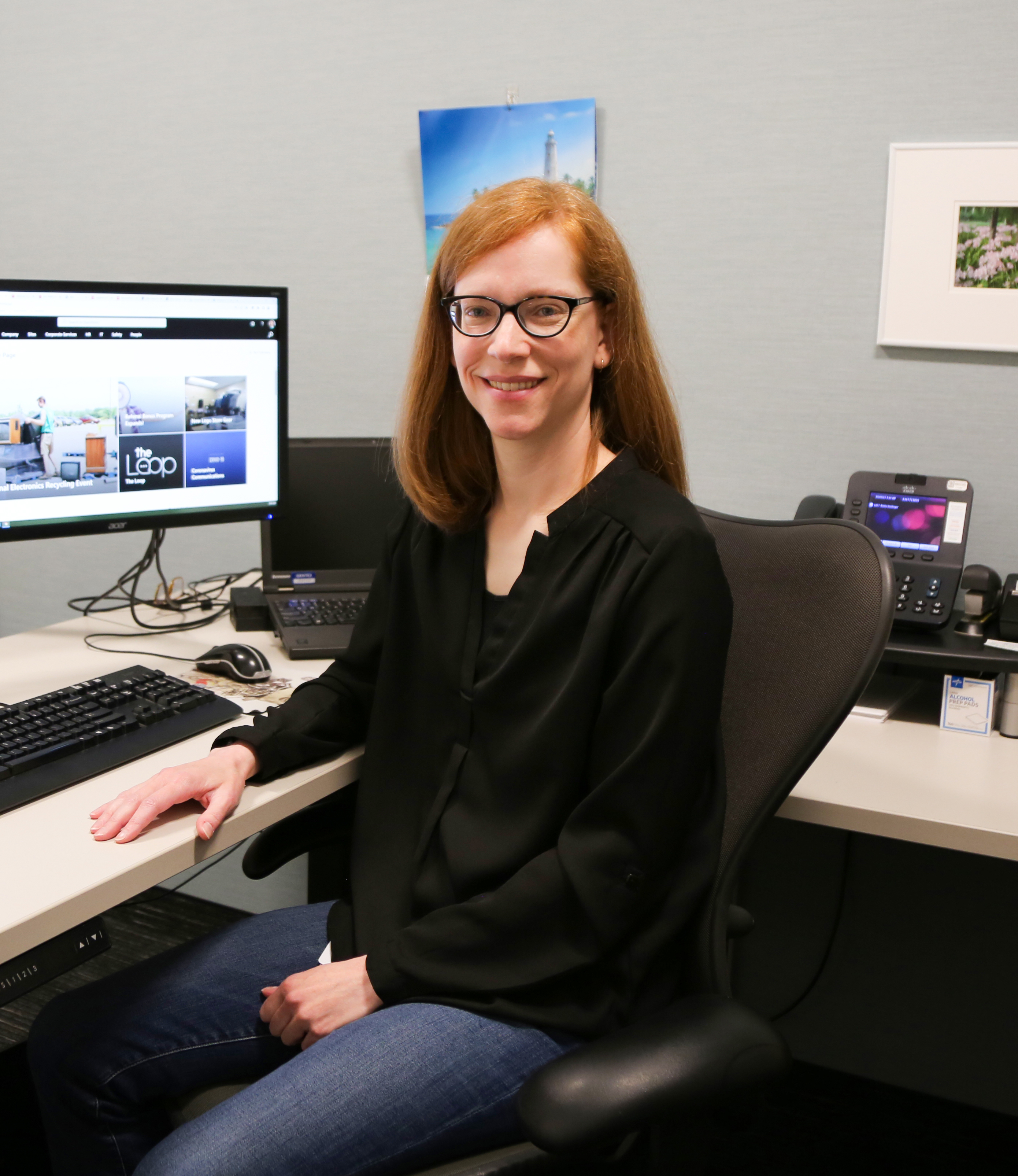 “Recently, it feels like I’m starting to figure out what my typical workday looks like all over again—in a good way.  I’m excited to rearrange some things to put more focus on sustainability,” she said.

Emily is moving to a full-time sustainability role, focusing on recycling and greenhouse gas emissions after working in several positions at Gentex ranging from industrial engineering to safety and environmental.   She has always had an interest in the environment since childhood. That’s in no small part thanks to her upbringing—her parents helped organized the first residential recycling collection site in her hometown.

After earning a bachelor’s degree in industrial technology at Purdue, she worked at a packaging company.  “After working there for two years, I figured out it wasn’t going to be a great fit,” she explained. “I took some time for career reflection, and then started at Gentex.”

Gentex’s location was a big draw for Emily. As a northern Indiana native, her family had vacationed in West Michigan frequently. Moreover, she appreciated how Gentex invested in employees and allowed them to explore new career paths.

“Gentex presented itself as a company where you had the freedom to pursue different and non-traditional career paths as an engineer,” she said.  “At the time, I was definitely considering different options and I really liked the sound of that.”

“I recall being surprised by the amount of glass scrap the processes created when a Group Leader toured me through the production areas,” she said. 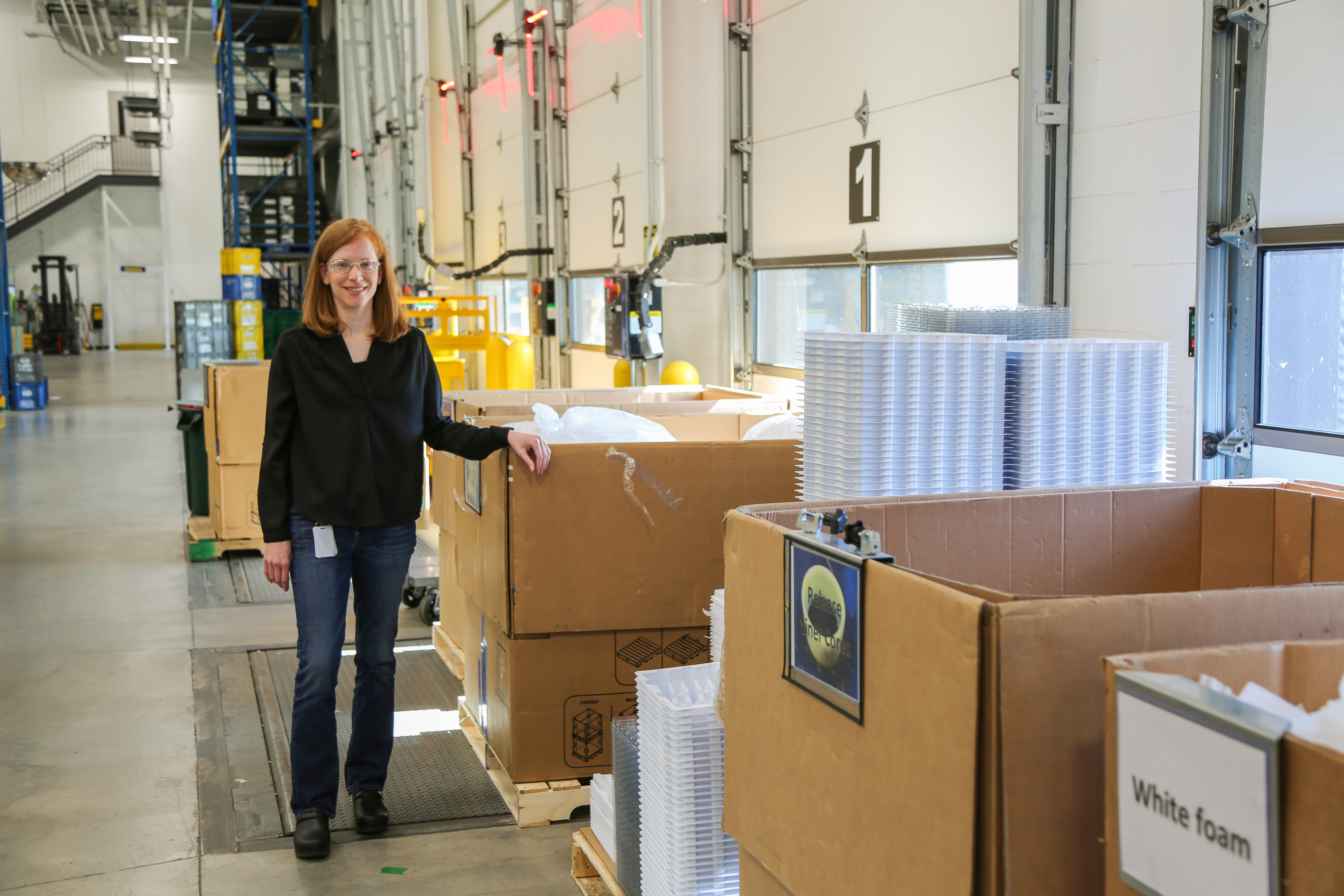 The image of the glass waste stuck with her. Once hired on as a technical team leader, Emily joined a group similar to today’s GEMS Champions to help implement glass recycling at State Street. The initiative significantly reduced the amount of Gentex's glass sent to the landfill, which is the largest byproduct of the company’s manufacturing.

“There have been several projects before and after the glass recycling initiative,” said Emily, “But that one really stands out to me.”

"It's a great opportunity for people to ensure their electronic waste is handled responsibly."  said Emily.  "Our partner Green Earth strives to keep all items out of the landfill by finding avenues to re-use, refurbish or recycle them.  With Gentex sponsoring the event, items that typically have a fee to recycle are accepted at no cost."

In the sustainability manager role, Emily finds herself not only changing and adapting to fit the needs of the job, but also encouraging change in the habits of the company to reduce waste, as well.

“I enjoy being in a role where the efforts of myself and the Resource Recovery team can really make a difference in the sustainability metrics of the company.  While we can set up the systems, it’s really the company coming together as a whole that makes it a success.”

Emily has seen the initial sparks of those initiatives come from employees across the organization.

“My favorite part of the job is working with individuals across the company who submit recycling ideas.  From there, we get to see if we can find an outlet for the product and then work toward getting a collection up and running to complete the idea.”

“I enjoy being in a role where the efforts of myself and the Resource Recovery team can really make a difference in the sustainability metrics of the company.  While we can set up the systems, it’s really the company coming together as a whole that makes it a success.”

By encouraging team members to bring their recycling ideas to reality, Emily helps foster the flexible Gentex culture that’s kept her growing in her career over the past 16  years.

“My path hasn’t been typical. However,  it’s given me a lot of beneficial, applicable experience along the way,” said Emily. “I’m very grateful for it.”